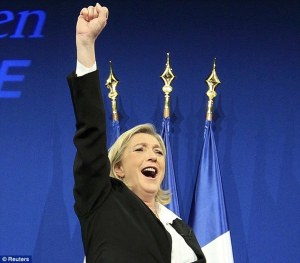 As we discussed in a recent post, the French election process is a bit different from the majority of its democratic partners. A two-round system, Round One of the elections took place yesterday, Sunday April 22. The results were not surprising to me, although many here in France seem to be shocked by the popularity of the far-right candidate.

The polls closed last night at 6pm in the countryside and 8pm in the city centers. The initial projected scores were practically right on: the official results reported 28,6% for the Socialist Party (center-left) candidate François Hollande and 27,2% for the UMP (center-right) incumbent candidate Nicolas Sarkozy. The apparent shock came from the third place candidate, Marine Le Pen of the Front National party. She gained almost 20% of the national voice.

In France, a great percentage of the voting population turns up to perform their civic duty. Approximately 80% voted yesterday.

The popularity of Marine Le Pen might be explained a few ways. We could certainly see it as a punishment to Sarkozy, the center-right President-candidate. Given that there are two rounds of voting, French citizens are able to “vote their conscience” in the First Round and vote strategically in the Second Round. That is, if a right-wing voter was not too happy with the progress Sarkozy made during the last five years but still wanted a right-wing President, s/he might make their discontentment known by voting for the far-right candidate (Le Pen) in the First Round and then for Sarkozy in the Second Round. Certainly, if this is what a majority of the right-wingers in France did yesterday, their message to Sarkozy and to the country was heard loud and clear.

Marine Le Pen and her Front National party platform is hard on immigration, hard on Europe, strong on cultural safeguards and protective of France as a nation. In a nut shell, the party represents traditional France.

After the vote last night, even the Socialist Party candidate spoke of courting Front National voters, which is a little disingenuous if you think about it: a center-left candidate trying to win the far-right vote is perhaps a bit of a stretch. 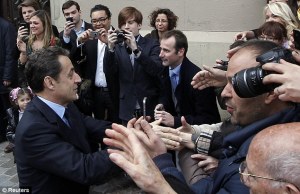 For Sarkozy, however, the reach is not quite so absurd. As a center-right candidate, he could easily pick up on the themes that the Front National prize. And if I was on his strategic team that is exactly what I would advise him to do.

The French are worried about their involvement in Europe largely because of the influx of illegal immigrants that arrive through the open borders throughout Europe.  (If Italy, for instance, is not vigilant with their border controls than illegal immigrants can easily pass into France from Italy once they’ve gained access into Europe.) 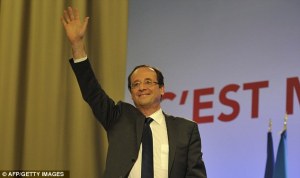 The French are also concerned about France’s participation in the Euro due to the recent disaster and bailout of Greece’s economy and the subsequent economic scares from Spain and Italy. The worry, of course, is how long the rest of Europe can afford to bail out their economic partners. Finally, on a culture level I think the French identify with Marine Le Pen’s argument regarding cultural assimilation. France, after all, is not a tossed salad type of country like Canada. France has a 1000 year-old history and culture which is entrenched, to various degrees, in the lifestyle of every French man, women and child. As a close but outside observer, I happen to adore this element of French society and culture and

I understand why a majority of the population want to safeguard it for future generations. Besides, French culture is an economic asset for the country.  Save for American film and music – pop culture – I would bet that French culture is the most exported culture in the world.

If Sarkozy hits on these points, he has a chance to win a second term by attracting a certain percentage of the far-right vote.  If not, the next President of France after Round Two on May 6 will be François Hollande, for better or for worse.

4 thoughts on “French Election Update – Results of Round One” 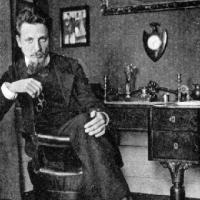